AssistAR uses the PCs and screens that are already in the production line and doesn’t mandate AR glasses (which have demonstrated limited acceptance rates by workers during pilots, and are currently of limited accuracy). “Hands & head free” operation was found to be the best fit for frontline workers in manufacturing use cases, in terms of both safety & usability, while full PLM connectivity enables “plug & play” operation with no need for special data preparation as AssistAR extract and uses the already existing PLM 3D models as is.

AssistAR provides many benefits, among them reduced number of defects and errors in the assembly process as well as shorter and effective training for new workers or assemblies.

The Automatic Validation feature allows you to catch mistakes and quality issues in real-time, during the assembly process. Mistakes can occur due to missing parts, wrong assembly of parts, or placing parts in the wrong location and/or orientation.

Automatic validation is achieved by using proprietary algorithms and the new LiDAR (Light Detection and Ranging) depth camera to scan and compare, at the end of each assembly step, the physical, real-life model to its 3D model. The 3D model ich is derived from the PLM engineering instructions.

AssistAR version 3.0 uses a new off the shelf low cost ($315) LiDAR camera, unlike previous versions of AssistAR that used a proprietary hardware system that had to be purchased and calibrated. The LiDAR camera can be purchased locally and installed and operated within a few minutes on any windows PC/tablet.

Version 3.0 of AssistAR is now available. Learn more or contact us about AssistAR. 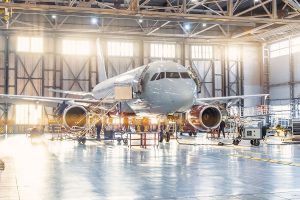